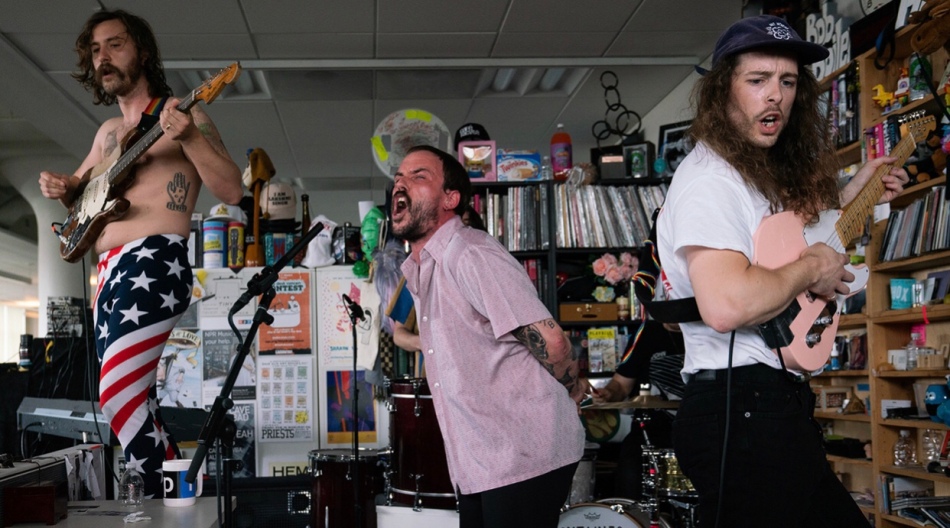 The five-piece brought their antics to NPR’s tiny desk concert series this spring while they were on their North American tour.

A few lucky fans were treated to three-song performance in which certain fans also contributed to throughout the art. Despite playing in quite a restrictive space that barely left enough space for much movement, their performance certainly did not lack lustre. Their set commenced with a stripped version of “Never Fight a Man With a Perm” followed by their latest single “Mercedes Marxist,” which was initially meant to feature on Acts of Joy and Resistance but will feature on a 7 inch alongside another track.

The band is currently on a European festival circuit and will appear at this year’s edition of Glastonbury before heading back to North America later on in July to play Chicago’s Lollapalooza festival. They are also due to culminate their final run of shows American shows this fall before heading back to the UK to play their biggest headlining shows at London’s Alexandra Palace on December 7th. Click here to view all of the band’s upcoming tour dates.