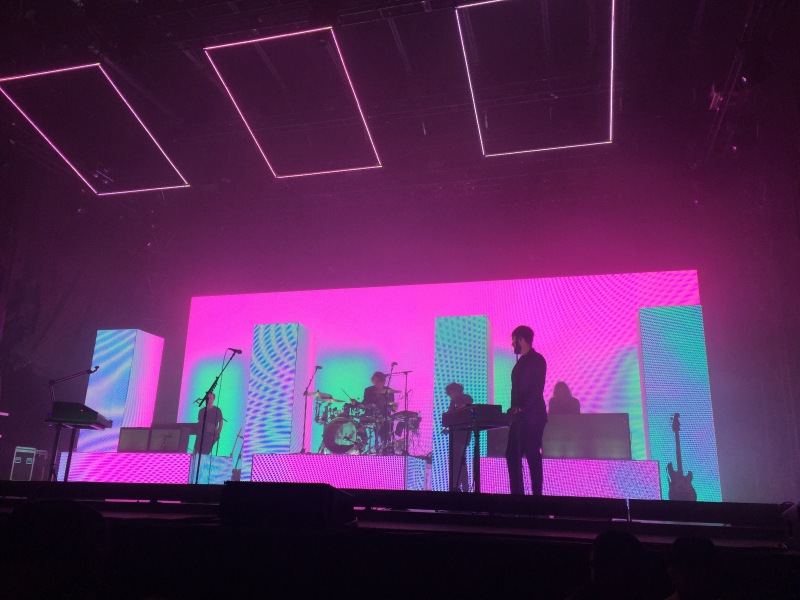 It has been nearly three years since The 1975’s first gig in Montreal at Le Métropolis de Montréal, which was the first date on their first headline North-American tour. It is evident that a lot has changed for the band since then, as managed to book relentless tours across the globe. With the release of their sophomore album that broke the the record of the longest album title of 2016, The 1975 acquired plenty of success, selling out plenty of shows including  gigs at Madison Square Garden, The O2 Arena and five back to back nights at London’s Brixton Academy,. In addition to playing larger rooms, the band also headlined a series of music festivals, which was new for the band and continued to bring their synth pop anthems and neon lights across the globe. 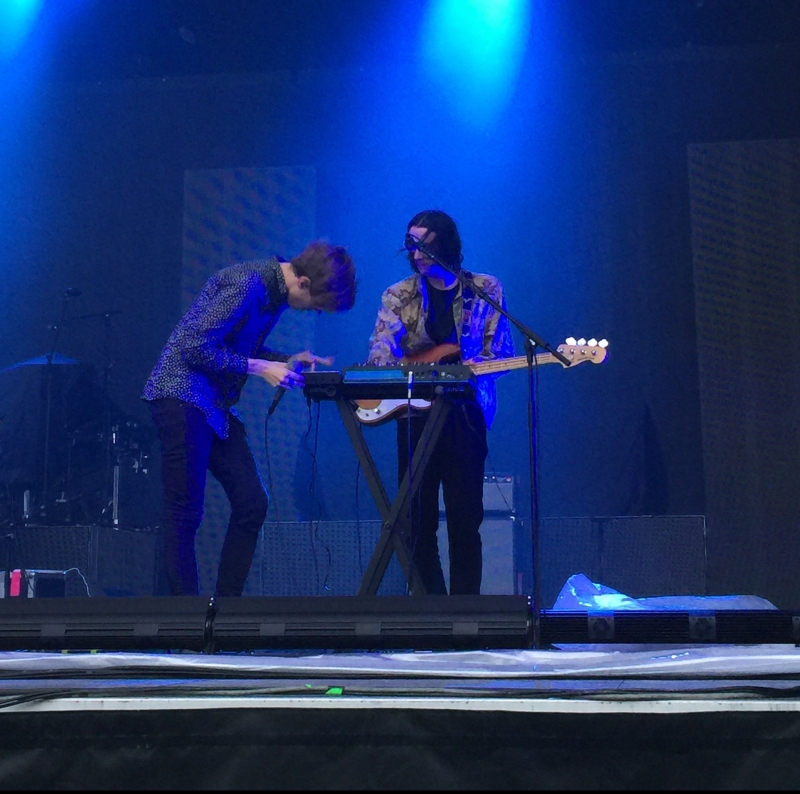 On Friday May 26th, The 1975 returned to Montréal to play at Parc Jean Drapeau. Since the band is quite known for bringing their label mates on tour instead of other bands, they brought Pale Waves and Colouring on tour as the support bands for both North-American and European dates this year. In fact, the band’s frontman Matty Healy stated that he was involved in the production of Pale Waves’ debut which is scheduled to be released by the end of next year. Unfortunately, Pale Waves cancelled their Montreal set, due to logistical reasons,given that their festival debut at Radio 1’s Big Weekend festival in Hull was just the day after this gig. On the other hand, The Colouring on the other hand, talked about having their debut almost ready, which is why fans were treated to a longer set from them. 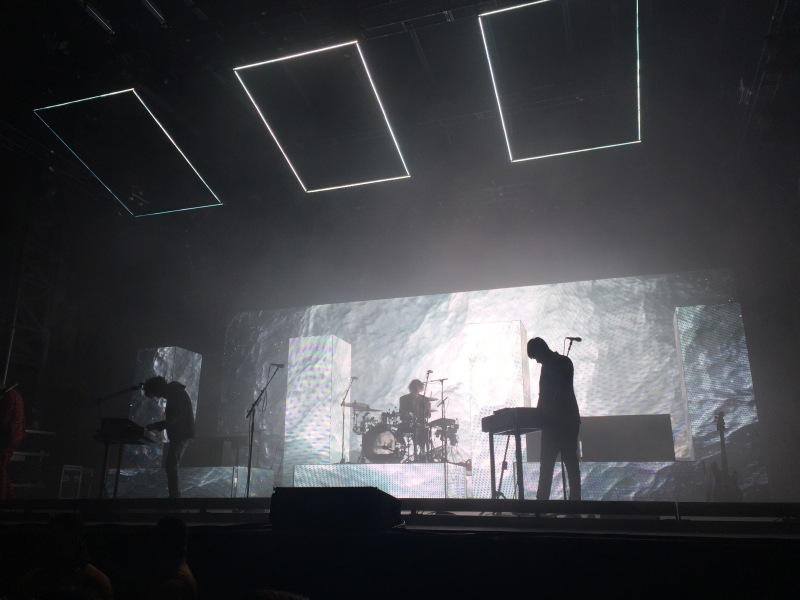 Despite the harsh weather conditions and the unbearable queue that began a night prior to the show, there was nothing more satisfying than seeing those three rectangles illuminating above the stage and the newer version “The 1975” simultaneously playing as the band proceeded to take their places on stage after a three-year wait. However, this time, the set list consisted of old tunes from the self-titled and singles such as “Medicine,” as well as new favourites such as “She’s American” and “If I Believe You.” Montreal was treated to a beautiful set thanks to the bands incomparable smokey stage setup, filled with flashing lights and imagery complimenting each song. The band definitely managed to deliver a wonderful performance by bringing its audience into their own world, away from everything else.

The band’s generous set consisted of songs such as: