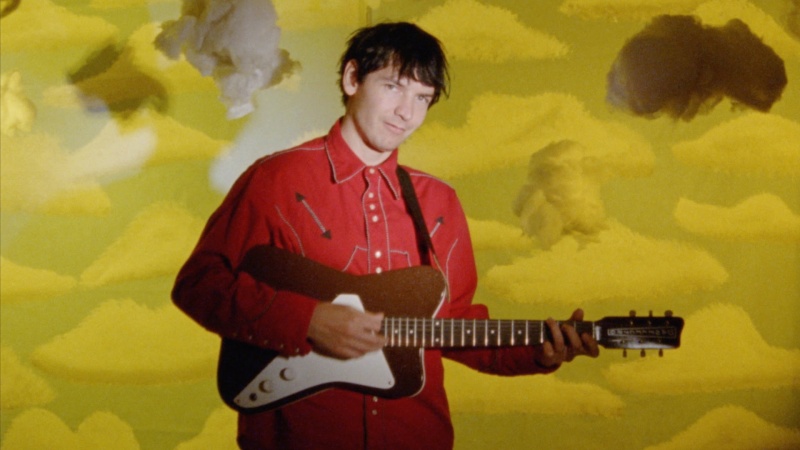 “The Gate,” serves as a glimpse for whats to come on the Quebec City based musician’s upcoming record which is due next year via Secret City Records.

Gus Englehorn’s latest track pays homage to Alfred Hitchcocks 1940 film, Rebecca. He mentions,“I actually woke up in the middle of the night after having watched it the night previous and I wrote out most of the lyrics in one shot. It’s about (I think) facing your own mortality.” The song initially takes on the form of a spoken word piece with percussion and guitar elements introduced at the chorus. Those elements manage to blend together as the track progresses.

The track is paired with an eerie music video, co-directed by Englehorn and collaborator Estée Preda that is essentially used to narrate the song. He states, “The protagonist awakes in a pit and sees a man peering down at him laughing, then he is taken on an astral journey. First, he comes face to face with death, then to a dark house that bursts into flames that he must enter. Next, he is drawn back to the pit by a faint voice and when he looks down into the pit, he sees his own face lit by the moonlight. The face in the pit warns him to be ‘clear of spirit.’ It is at that moment that the protagonist is drawn back into himself and begins to ascend upwards towards salvation singing ‘The Gate, me voilà!’ “

Watch the video for “The Gate” below:

1 comment on “Gus Englehorn Releases a new Track, The Gate”