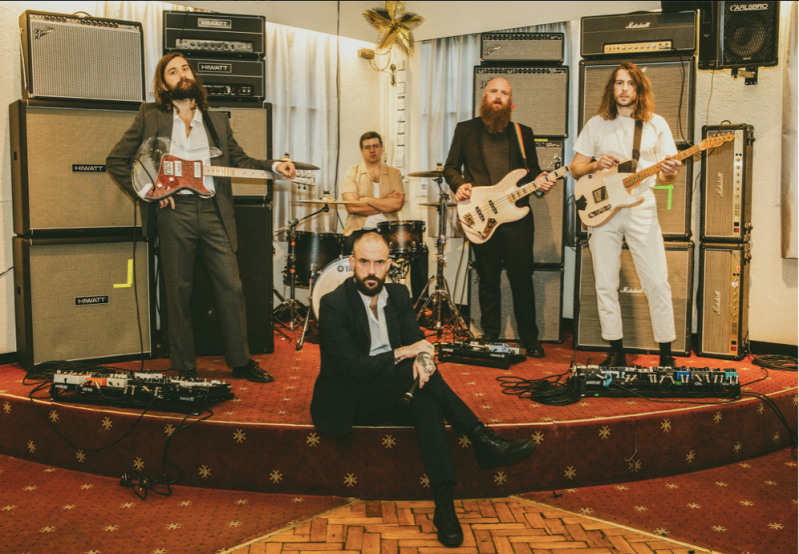 The band played three full sets, unveiling a handful of new tracks ahead of their album release.

Over the weekend, the Bristol post-punks played three exhilarating back-to-back sets at the legendary Abbey Road Studios. This marked the band’s first real performance this year.

Ever since livestreams has been the new norm for consuming live music, plenty of music fans can agree that the thought of sitting through an entire set through a screen is certainly not as appealing as physically being at a gig. I have personally experienced my fair share of “livestream fatigue” earlier this summer and the thought of watching three full sets online did not appeal to me at first. Nevertheless, I can honestly say that IDLES’ Abbey Road sessions have sort of restored my desire to attend gigs again.

Sitting through all three livestreams with friends definitely felt nostalgic, as if we were attending an IDLES gig instead of watching it through our individual screens and chatting about how much we’d give to be there. In fact, the first two sessions contained more songs from their earlier projects such as “Rachel Khoo,”and “Queens.” The band also unveiled some new material such as live renditions of “War,” and “Kill Them With Kindness,” on top of the upcoming album’s singles. The band also included a handful of interesting covers such as “Linger,” by The Cranberries, “Helter Skelter,” by The Beatles, “I wanna be Sedated,” by The Ramones and my favourite, “Reptilia,” by The Strokes. The last set also included “Mercedes Marxist,” which I hope to see more of on the band’s upcoming setlist. With the upcoming UK and EU tour announcement and their newest record Ultra Mono coming out in less than a month, fans of IDLES have quite a lot to look forward to!

The lock-in sessions will be available on demand until 11 pm BST on Wednesday. Watch the steams here.

IDLES are due to embark on an extensive UK and EU tour next Spring. Click here to view tour dates and purchase tickets.

Ultra Mono is out on September 25th via Partisan Records. Click here to preorder the album.

Watch the video for “Model Village,” below: