On Friday May 5th, the legendary shoegaze-trailblazers, Slowdive finally released a fourth self-titled album. This marked the first time in nearly twenty-two years since the band has put out new material, making this new album quite highly- anticipated.  Not only did they manage surprise their fans with two singles prior to their album earlier this year, they also revealed a list of  North- American and European tour dates. 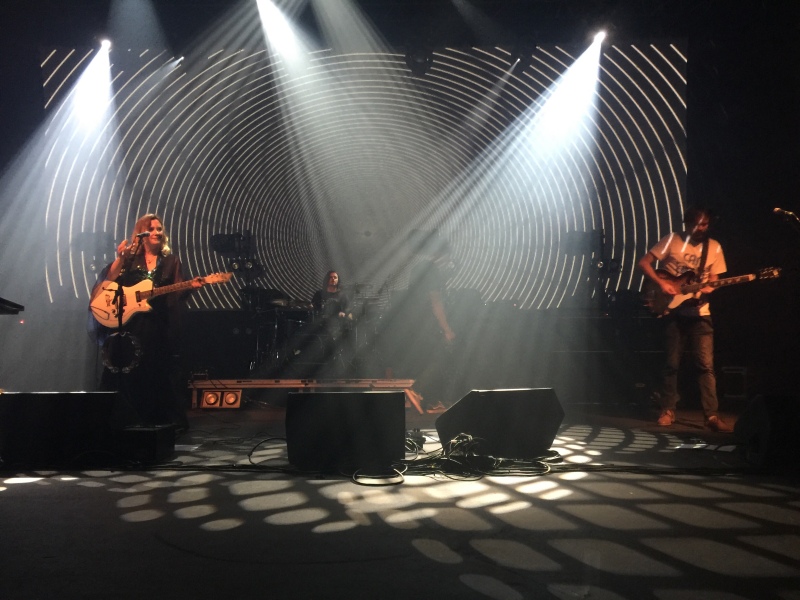 Slowdive essentially got back together in 2014 after being offered to play a slot at Spain’s Primavera Sound Festival after adding additional Asian, North American and European tour dates. However, they have not released anything during within that period, given that they claimed to have been working on a new album.

At first like most fans, I wished the track list would have consisted of more than eight songs but after spending the entire album release day playing Slowdive on repeat, it became more evident that the album was incredible the way it was. In fact, the band treated Montreal fans to an album signing and meet and greet before their gig at the Aux 33 Tours record shop, since that show was the day after their album release. It was such a surreal experience getting to meet the direct source of my favourite albums and the individuals that inspired me to start experimenting with sounds at a young age and discover bands within the same genre. The fact that they stuck around a littler longer than scheduled and hung around the venue to greet fans queued up for the show also proved how humble people they truly are.

In addition, getting the opportunity to meet some of my favourite musicians of all time and have a short chat with them was not only nerve wrecking and exciting at the same time but showed how excited passionate they were as well. The fact that they took the time out of their fairly busy schedule to meet everyone that showed up even though they did a similar event the day before in Toronto. It was quite the treat to be able to attend an event like this, since artists do not usually do signings at local record shops here.

Earlier this year, Slowdive were joined by one of my favourite psychedelic rock bands, Ulrika Spacek. Nonetheless, the shoegazers had Japanese Breakfast (Michelle Zauner from Little Big League’s solo project) for the North-American leg of the tour. Watching them play from a relatively larger stage than the Bar le Ritz which they previously played, really enhanced their sound and was very pleasant. The audience was capable of enjoying the music without having to worry about whether they would have to remain as far away from the stage in order to hear the songs.

The Slowdive setlist consisted of our favourite songs from all four albums. The banded opted to incorporate only a handful of their newest songs instead of focusing on them more. The crowd was also treated to a lovely cover of Syd Barrett’s “Golden Hair” before returned on stage for an encore.

The set list for the Montreal show was comprised of:

Here’s a clip from the show of Slowdive performing their newest single, “Star Roving.”