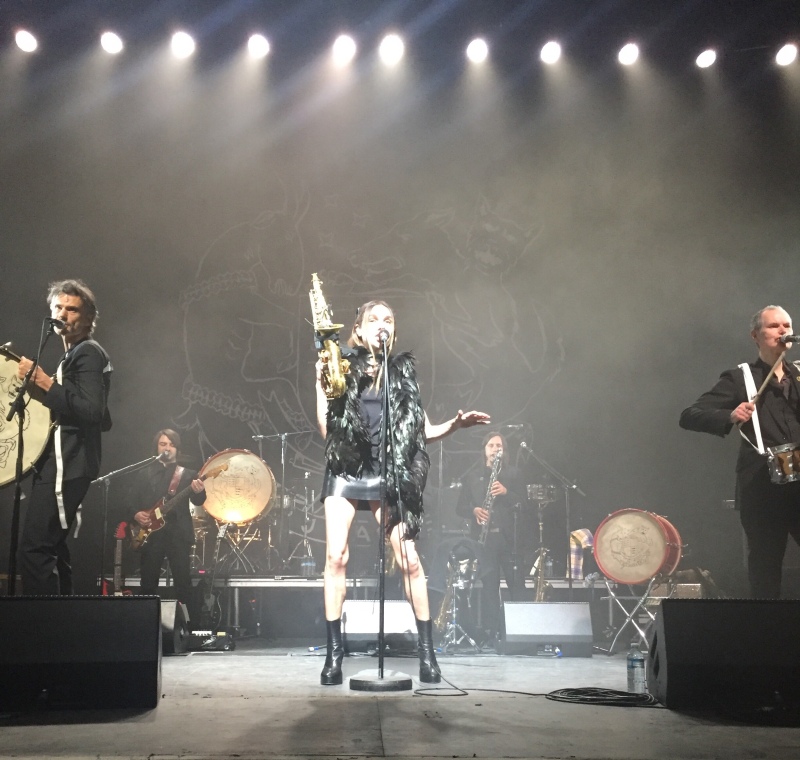 What better way to start off the long weekend than to witness PJ Harvey rock the night away in Montreal for the first time in decades?

On Friday April 14th, PJ Harvey finally made a return to Montreal after a long and much-anticipated visit. Harvey has not performed here since the Spring of 1995, nearly twenty-two years ago!  The English singer played two sold out, back-to-back shows on the North American leg of her tour, promoting her ninth studio album, The Hope Six Demolition Project which was released last April. Fans were treated with the ultimate experience, given that there was no opener, allowing for a generous set to be played. 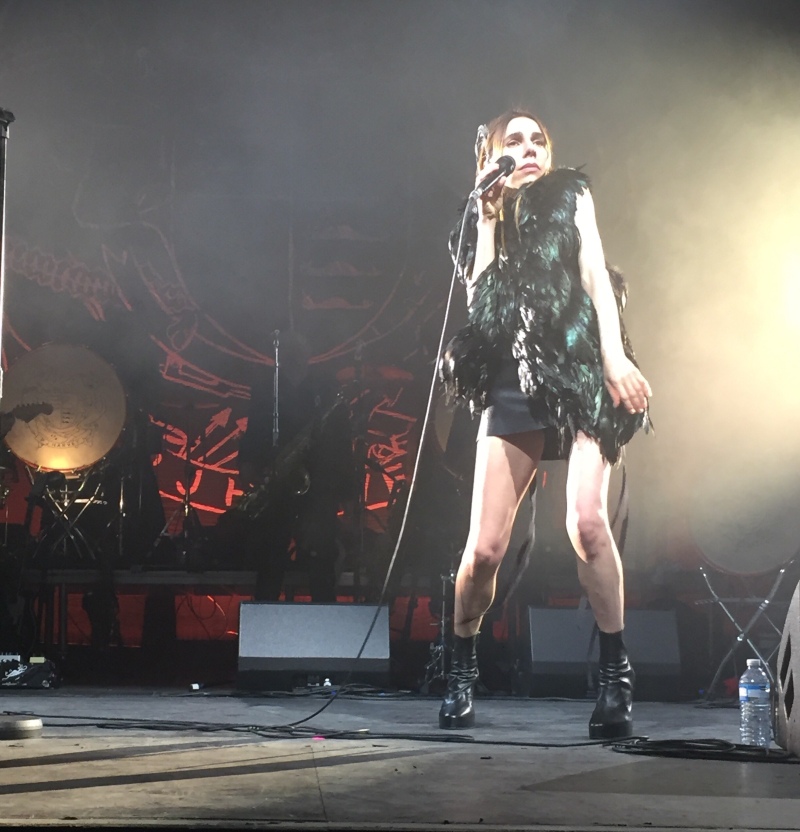 Harvey and her incredibly talented nine-piece band entered the stage in a synchronised manner according to their instruments, starting off by playing “Chain of Keys.” The crowed began to cheer as soon as she walked across the stage with her saxophone and obscure yet iconic feathery outfit. The energy in the room changed automatically as soon as the lights dimmed down and the percussion instruments began to play in the background, signalling the musicians to enter the stage. In that moment, I felt completely mesmerised and taken away by how synchronised and almost perfect the musicians played together. I remember dancing to my mother’s PJ Harvey records at a young age and admiring her delicate yet powerful voice and crazy fashion choices, aspiring to be half as cool and creative as her. Being given the opportunity to finally see her a decade later was truly a blessing. 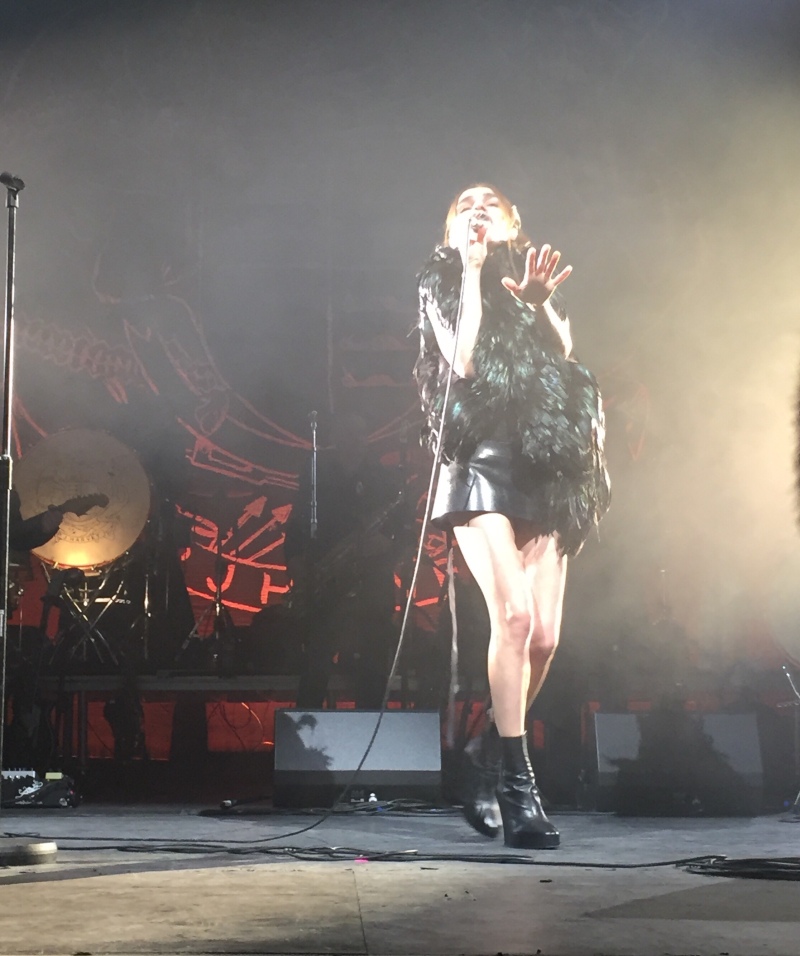 Harvey showing off her fabulous moves during ” Let England Shake”[/caption]

Many fan favourites such as “Let England Shake,” and “50 ft Queenie” along with the majority of the songs from The Hope Six Demolition Project were among the twenty-song set list. Hearing “Down by the Water” live was so breathtaking, the crowd singing back and forth made it easier to hear, given the technical difficulties that occurred towards the end. However, my favourite moment was when Harvey came back on stage to sing her iconic Bob Dylan cover “Highway 61 Revisited.” Who would have though she would throw in a cover, leaving us wanting more.

Even though the venue was relatively small and I was merely two feet away from PJ Harvey and her band, there was definitely a distance between the crowd and the performers, given that they were so focused on giving their all. This allowed for more music and less awkward stage banter, which is every avid concert-goer’s dream.

Although I was extremely ill and ended up loosing consciousness, fainting halfway through the gig, I would still consider this show to be one of the best shows I have ever attended so far and I would not have gave up this opportunity even if it meant I’d get the rest I desperately required that night. With Harvey being one of the most influential artists in my life as I was just getting into music all I can say is that my life is kind of complete at the moment.

If you ever get the chance to see one of your favourite artists, I encourage you to take it without hesitation,unless you want to live the rest of your life in regret.

Watch PJ Harvey and her band play “The Community of Hope” off their latest record!

PJ Harvey is currently on tour across North-America and Europe, for more details regarding tour dates click here