The Berlin-based quintet joined me for a chat during their stop at Montreal’s Fairmount Theatre.

Following the release of their first two EPs “Clockscared,” back in 2015 and “Hideout” the proceeding year, Parcels unveiled their well-awaited debut full length record last fall through Kitsuné Music. The band’s ability to fuse elements from different genres from electro-pop to soul and disco and experiment with both instruments and sound enhancing effects has built excitement around their release. Their debut album serves as another cohesive piece, which undoubtedly makes for an incredible live performance. Parcels have also managed to sell out the majority of their first North-American tour before it had even began.I sat down with the band’s vocalists and guitarists, Jules Crommelin and Patrick Hetherington to discuss all things Parcels.

First of all I’d just like you to welcome you to Montreal, how has your day been thus far? Did you get the chance to see much of the city?

Jules: “Good, we had a day off yesterday in Montreal and that was even better because we actually got to do something. I got up late today, so today was pretty average.”

Patrick: “Yeah I had a good Japanese breakfast and now we’ve just finished so un checking.”

This is also your first time playing in most North American cities and most of the shows your playing are either sold out of close to selling out. How does it feel to do so while playing some of these cities for the first time?

Patrick: “Very good, it’s pretty crazy when we’ve done that with somewhere very new for us.”

How are US crowds compared to European ones?

Jules: “They’re much more vocal, especially after the show every is very amped to say hello and congratulate you for your show which is really sweet I reckon. I have a feeling that they understand us a little bit  more maybe because of the language compared to the European crowds.” 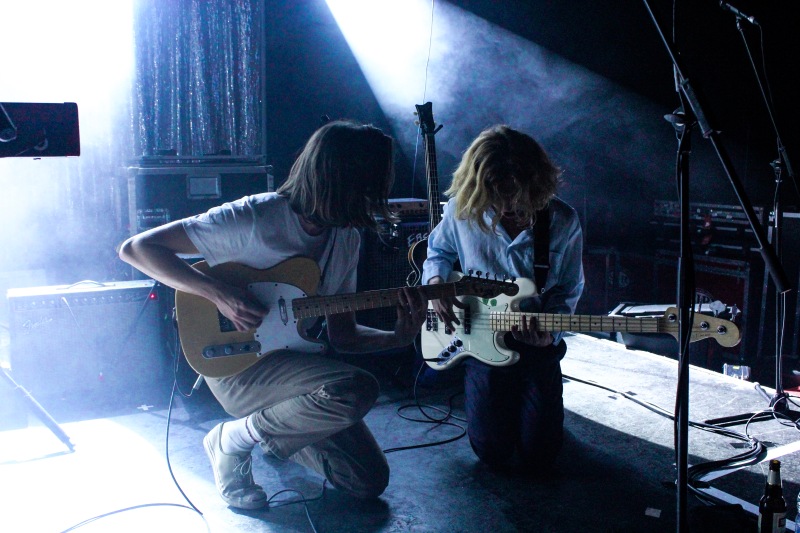 Have you had any memorable shows on this leg yet?

Jules: “New York a couple of days ago was pretty amazing.”

Patrick: ” That was a pretty cool crowd.”

In terms of the creative process, would you say that there was a drastic difference between the EP and the debut record?

Jules: “Kind of. We were more a band for this album and there were a couple of more steps involved. There was a lot more editing and demoing.”

When working on potential song ideas, do you come up with the lyrics first or the instrumentation?

Patrick: “Generally the instrumentation, the lyrics for us so far have come later. We’d like to experiment we’re not set on that.”

What would you say was the most challenging part of the album process?

Jules: “All the steps it took to finish it especially mixing and finalizing the tracks.”

Patrick: “Once you’ve had that thrill, there’s a big thrill in the first few days recording a track and the first week sitting and working on that track. Then you get into that deep mixing stage where you’ve gone so deep and it’s a bit more technical.”

Were there any specific records in particular that you were listening to while working on the album?

Jules: “There were a few records in my apartment that we played every day. One was Breezin’ by George Benson. The other one was Minute by Minute by the Doobie Brothers.”

Patrick:  “Hawaiian Classic Hits or something like that which was a great compilation.”

Jules: “I think we drew our inspiration from those three records just because we listened to them

Jules  Because we’ve put them on everyday.”

Patrick: “Because it was all that we had”

“Every road” is my current favourite track from the record, how did you come about putting it together in terms of the voices?

Jules:  “The voices came later they kind of came with the idea of putting violins on the track. It started in the rehearsal room all of us together. We had an idea of doing a long instrumental progressive track and then we kind of fleshed one little idea out in the rehearsal room. When we recorded it, we kept wanting to add more theatrics because we wanted it to be an epic journey because of the vocal harmonies and the strings.

Would you say that you draw inspiration from the same source when working on music?

Patrick: “Were drawing from different sources for each songs because we’d start with a demo, an idea and we just kind of follow where that song needs to go and what feels right with that sound.”

Were there any songs that didn’t make the final cut for the album? What determines wether or not a song will make the cut?

Jules: “There were a few that did not make the cut. We just kind of understand that after time it becomes more obvious what is going to work and what’s not.”

Patrick: “It’s hard to know sometimes, but usually after you sit on it for bit it becomes clearer.”

Do you recall your earliest musical memory?

Patrick: “ I’m getting weird flashbacks now. I’ve got a memory of some sort of kindergarten show or something and everybody was holding toilet paper cardboard  and singing along. If the song played it would bring me right back there but it was typical early 2000s pop song.”

Jules: “I remember singing  ‘I Wonder’ by Rodriguez in the cul-de-sac our the front of my house I think it was before I went to school so I would have been very young, maybe 5 or something.”

If you were to only listen to one record for the rest of your life, what would it be?

Jules: “I’d take a classical record, one that I could really study and wouldn’t understand right now.”

Patrick: “Maybe a compilation of a lot of different sounds.The wildest most varied compilation.”

What are some of the things you enjoy doing when you’re not touring/working on music.

Jules: “I wish there were more things we could enjoy besides music but there isn’t much.”

Patrick: “I enjoy some sports, a select few, and cooking.”

What is your favourite song to play live at the moment?

Jules: “ I’d say ‘Comedown’ because it’s the start of the set and I’m pretty excited.”

Patrick: “We play a Paul McCartney cover (“Everynight”) that I’ve been enjoying.”

Are you currently looking towards working on something you plan on releasing in the near future?

Patrick: “We’ll see, we don’t have anything upcoming at the moment.”

Lastly, what are some of your current favourite records?

Jules: ” There’s ‘Death of a Ladies’ Man by Leonard Cohen and I’ve been getting into The Crystals lately, one of Phil Spector’s first singing groups.” 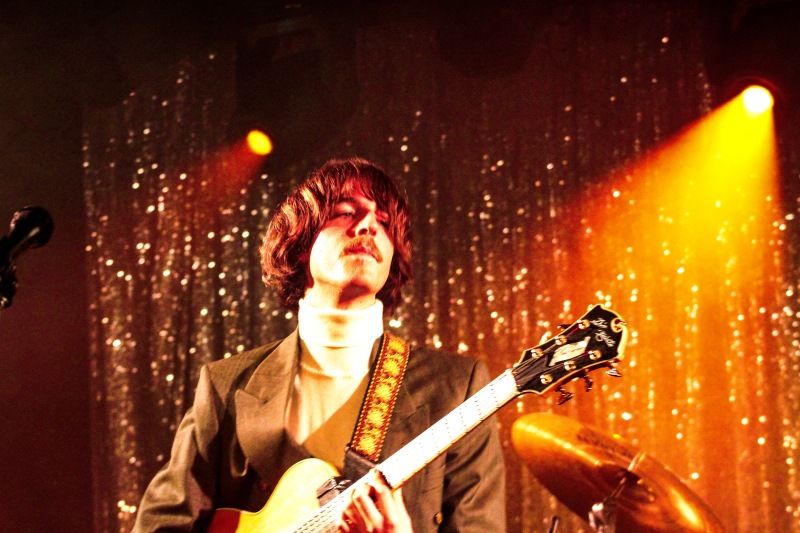 Following their current North American headlining tour, Parcels are due to play a handful of festivals all  through the Fall including Coachella, Governor’s Ball and Pukkelpop. Click here to view all of their upcoming tour dates.

Watch the video for “Tape,” below:

1 comment on “A Conversation With Patrick and Jules from Parcels”