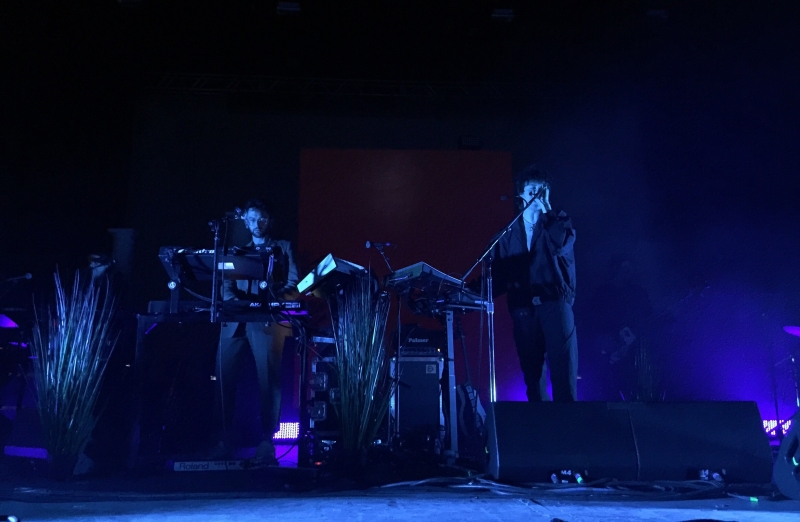 MGMT brought their new tunes alongside endless psychedelic visuals and a family of trees to MTelus last night in support of their latest studio album titled Little Dark Age. During their last Montreal performance at Osheaga festival, the dynamic duo treated fans to a glimpse of what was to be expected from the new album with “Me and Michael” and “Little Dark Age.” In fact, they even set up a pedicab on site, debuting five never-before-heard-songs that have not been performed yet as well, allowing fans to listen to nearly half of the record months before its release (or its announcement). Nevertheless, the majority of the record appeared on the set list this time, with the inclusion their oldies and everyone’s favorite tracks from their critically acclaimed debut, Oracular Spectacular.

There’s somewhat of a pleasant aura that manages to surround the room at MGMT gigs that cannot be described. Perhaps its the alluring background images with the occasional obscure images, the endless stage shenanigans (the band literally brought out a stationary bicycle during “She Works out too Much” leaving the crowd dying of laughter) or just simply being in the presence of some of my favorite musicians and enjoying listening to the songs that I’ve been digging for months prior to the show with some of my closest friends. Besides, there’s always somewhat of a memorable element of the show that ends up becoming what me and my friends go on about from then on. After the band’s Osheaga, attempting to figure out the lyrics of “Me and Michael” before its release was our mission. This time around, we’ll probably continue to reminisce about something along the lines of the ridiculously hilarious poster from the “Me and Michael” music video being handed out at the gig, James’ stage presence or the mesmerizing Andrew’s flamenco solo into “TSLAMP.”  MGMT are one of the many bands that I’ve had the pleasure of seeing multiple times over the past few but they remain as one of the few (if not the only) band that always leave me wanting to see them again immediately. It appears almost as though my appreciation for their music grows deeper after each of their shows. Either way, one thing that’s for sure is that I’d never pass up an opportunity to attend any of their gigs as they are one of the fewest live bands that put in as much effort in making their visuals a reflection of their music, which makes for such an unforgettable gig!