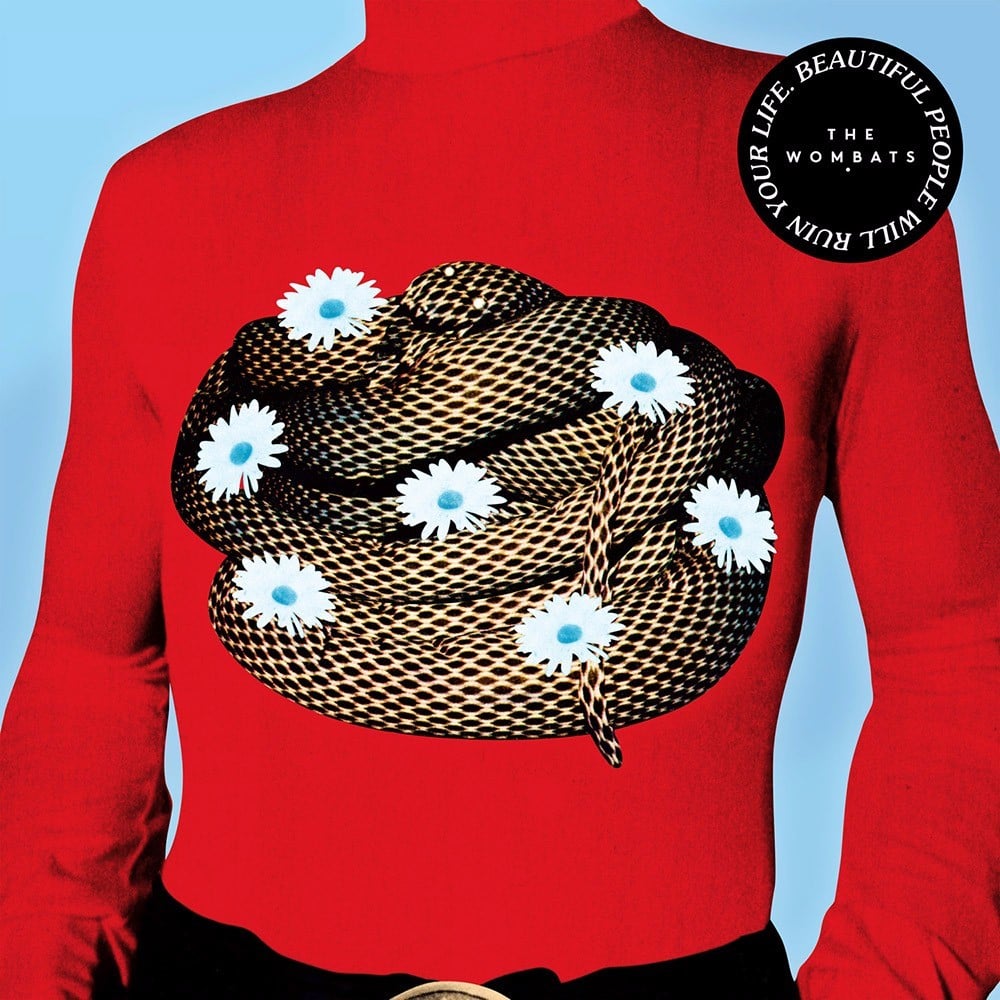 Perhaps The Wombats were right in stating that beautiful people will ruin your life because I cannot help myself from taking the needle off of this record. The indie rock trio based out of Liverpool released their fourth record through 14th floor records. The band stated to have all been living in different parts of the world (London, Oslo and Los Angeles) as the album started to come together. They then spent around 6 to 8 weeks recording their new tunes in London before embarking on a series of tours both in Europe and North America.

The band’s frontman, Matthew Murphy indicated that the album titled was initially supposed to be a song title. Nonetheless, they decided to use it for the album as a whole since it summarises/ capitulates the lyrical themes of the record which deals with how damaging close relationships could be. Essentially, the closest people in our lives are capable of inflict the most damage, which is quite a relatable concept. Murphy also claimed that they wanted fans to be able to resonate with this album by highlighting certain themes that many could understand as they did with their previous records.

One of the most notable aspects of this album is that it is mostly guitar-driven. The trio stated that they restricted themselves from incorporating as much synths and distortion as they did for the preceeding record, in order to take their music to a new direction. Nevertheless, this album still appears as a classic Wombats record given the cleaver lyricism catchy choruses and cheeky double entendres.”Lemon to a Knife Fight” was among the first two singles to be released last year and captured my attention right from the start. The song was inspired by the aesthetic aspects of David Lynch’s cinematography and a fight that Murphy had with his wife on Mulholland Drive. The song is filled with metaphors similar to its title, which is quite interesting. “Black Flamingo” has quite the slacker/garage rock vibe to it which I enjoy. “Lethal Combination” is another one of my favourite tracks as it sounds quite different from the rest of the songs on the album, it starts off with a distorted intro, leading to a catchy chorus.

Watch the video for “Lemon to a Knife Fight” below:

0 comments on “The Wombats Finally Release Beautiful People Will Ruin Your Life!”