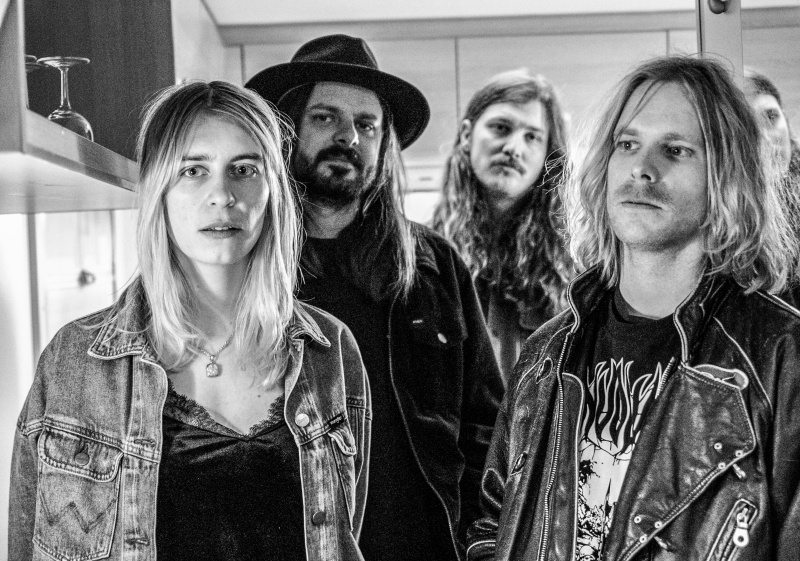 Swiss psych rockers Annie Taylor release their first single since their debut EP. This single marks the first glimpse into the band’s upcoming full length, Sweet Mortality which is due on May 8th via Taxi Gauche Records.

“A Thousand Times,” starts off with soft vocals accompanied with subtle guitar strings, evoking a melancholic mood throughout the first few verses. It is towards the end of the song that listeners notice the turning point, shifting the subtle arrangements to a more heavier and distorted sound paired with echoed vocals. According to the band’s vocalist Gini Jungi, “A Thousand Times,” is an airy and optimistic track based on the resinous elements of life and reassurance, letting people know that they are not alone in their struggles.

Annie Taylor are due to make their North American debut in March playing shows in Los Angeles and Tucson before heading to Austin for SXSW to perform in Burger Records’ BURGERAMA showcase. The band also have a few Swiss dates due before embarking on their trip to America. Click here to view all tour dates and purchase tickets.

The visual accompaniment to the single is also due on March 6th.

Keep up with all updates from Annie Taylor here.